What if WiSA-compliant transmitters were built into DJ mixers and musical keyboards?

Thus far, the WiSA-enabled products and prototypes have targeted consumers and residential applications.  But just recently, Summit Semiconductor, a WiSA advisory board member company, started delivering RF modules for professional wireless audio applications.  This got me thinking about live events and concerts…weddings… DJs…. which lead me to wonder…  what if WiSA-compliant transmitters were built into DJ mixers and keyboards?

The standard WiSA-compliant transmitter sends 8 channels of uncompressed, 24-bit digital audio to 8 self-powered speakers.  Usually, that equals a 7.1 surround sound mix, or some smaller portion thereof.  But, there is nothing in the specification that says a compliant transmitter has to transmit surround sound audio.  It could also transmit mono audio to 8 speakers, or stereo audio (left and right), sending the left or right channel to four pairs of  speakers.   As long as the receivers (normally in the powered speakers) fall within the minimum transmission range (30 feet) of the WiSA Compliance Test Specification (CTS), then the system is guaranteed to work.  Longer distances are possible, if the signal was boosted, but the specification is certified to a minimum of 30 feet.

Let’s look at our typical DJ setup at a wedding or club.  The DJ plugs all of his or her music sources (CD players, laptop, iPhone, or if you are really lucky: actual record turntables) into their DJ mixer, where they mix the various music sources and adjust the equalization settings, filtering out or boosting different frequency bands to give a live performance aspect (“performance” definitely a stretch of the word for some DJs who usually just push play on their laptop, but I digress). So anyway, this DJ mixer mixes all of the sources into a main mono or stereo mix for the dance floor.  There are also auxiliary outputs on the DJ mixer for headphones and recording; oftentimes if the DJ is famous, their set is made into a CD or MP3 track and released on the internet.

Most DJ mixers also have at least one wired microphone input so various people can make announcements, tell the crowd to put their hands up, and generally makes their voices heard over the music.  Oftentimes, wireless microphones are used, especially at weddings, where lots of speeches are made. Other times, a keyboardist may be hired to play for the cocktail hour, and a microphone may be needed for announcements.  Although the music may be very different, the audio signal flow diagram for both scenarios (DJ or Keyboardist) is very similar, and can be simplified into something like this:

Now, if the sound system depicted in the above diagram was instead a WiSA enabled system, the audio signal path is essentially the same, except the amps and speaker wires are replaced with powered speakers and a digital wireless link:

This wireless link to the speakers gives great flexibility to the event planner.  In the past, if the client wanted to have the speakers setup around the pool, the DJ also needed to be out by the pool.  But now, the DJ can be on the balcony, or even the rooftop.  You can have one or two speakers for the DJ and the rest you can place wherever you like.

Boat parties would be incredibly easier with wireless speakers, as would flash mobs, fundraisers, and fashion shows, where inevitably, someone always ask you to move your speakers at the very last minute. Well with WiSA, you can easily move your speakers and reconfigure the system instantly, adjusting volume levels and delays to each speaker on the fly.

In summary, the WiSA Association definitely sees a market for wireless speakers at weddings and other parties, transmitting uncompressed, interference free HD audio that is easy to set up and easy to use.  Although speaker wires may seem simple on paper, its much more difficult at a formal event, where you often have to tape the wires to avoid trip hazards.  Most event spaces have power outlets on every wall.  Just make sure you bring a few nice extension cords, some gaff tape, and those “triple taps”, that turn one AC outlet into three.

If you have any questions, please feel free to email me, Paul Konikowski at pkoniko@wisaassociation.org

How Can An AV Integrator Make a Living Without Pulling Speaker Wires? 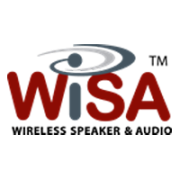 by Paul Konikowski, CTS-D.
This article was originally published on The WiSA Association Blog

In a recent HiddenWires article by Jim Venable, President of the WiSA (Wireless Speaker & Audio) Association, he mentioned “the Value-Added Re-seller”, or VAR (pronounced vee – aye – arr).  Also known as home theater installation companies, low-voltage contractors, or residential systems integrators, these VARs add value to the product and the process, by:

Some home theater installers may hear about the WiSA Association, and instinctively ask: Without wires, how can a Value-Added Re-seller make a living selling WiSA compliant speakers?

Notice, “pulling the wires through the walls and/or conduits” was only one of the tasks normally performed by the re-seller.  The re-sellers are still adding value to the product and the process.  They are the still the trusted experts in the field: choosing the right components for the room, delivering the equipment, placing the speakers in optimal locations, configuring the system, training the client how it works.

Now here are some new ways that WiSA-compliant speakers can help the re-seller to add value to the product and process:

Instead of two installers on a residential job site for a week, a WiSA compliant system can be installed in a day. The customer will still need two guys to hang the big flat-panel TV, and setup the speakers.  Just no more pulling speaker wires.

Now, please raise your hand if you like pulling speaker wires. ….mmhmm…  That’s what I thought.

But What About Wireless Speakers? 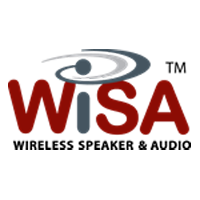 The CE (Consumer Electronics) and ProAV (Professional Audiovisual) markets have been flooded lately with wireless video solutions, from simple point-to-point wireless HDMI transmitters, to enterprise-level collaboration tools like the new miniVEOS from Wow Vision.  But what about wireless speakers? Even powered loudspeakers still require a line level cable to be pulled from the source to each speaker, right?

Let me introduce you to WiSA™, the Wireless Speaker and Audio Association, an industry group setting a new standard for high-performance wireless speakers.  Traditionally, wireless audio has had a bad reputation, because most wireless audio technology uses the 2.4 GHz spectrum commonly #occupied by other consumer electronics. The result is dropouts and poor audio quality due to the “reduce to fit into 16-bit” compression algorithms needed to compete in such hostile wireless environments.

We all know at least one room that has begged for wireless speakers, let’s start with your own home theater systems.  Even if your living room has been pre-wired for surround sound, is it 5.1, 6.1, or 7.1?  Are the speakers located where you actually want them?  With WiSA™ wireless speaker technology, you are not limited by your speaker wires. If you want to completely reorient the room, and flip it by 180 degrees, you can.  Since the WiSA™ speakers have built-in amplifiers, you will need to plug each speaker into a local power outlet, but that’s typically a lot easier than pulling speaker wires through walls, around the chimney, or under the floor, in the crawl space.

Now let’s put home theater applications aside, and think of some larger applications where WiSA™ wireless speaker technology could be used.  What about a Church that wants to start having a weekly movie night for teens in their sanctuary?  You could have a projector and WiSA™ -enabled surround sound receiver on a portable cart.  Then, just roll down the projection screen, carefully place the WiSA™ speakers around the edges of the room, and plug them into local power outlets.  No need to worry about complicated programming, or teens tripping over the speaker wires, just turn it on and you are good to go.  You could use the same portable setup for a high school gymnasium, or an outdoor movie night.

Or how about that new Executive Breifing Center (EBC) in Silicon Valley, that will have 4 walls made of glass, and no finished ceiling? (I wish I was kidding) Or maybe in that old Ivy League classroom where you are not allowed to touch the ornate ceiling, or the wooden walls, or core the floors?  We have all begged for wireless speakers at some point, and I’m sure we can all think of commercial uses for them.

Yes folks, the year of wireless AV is here; and 7.1 surround sound audio is included.